← back to
Technicolour Records
Get fresh music recommendations delivered to your inbox every Friday.

The Disco's Of Imhotep 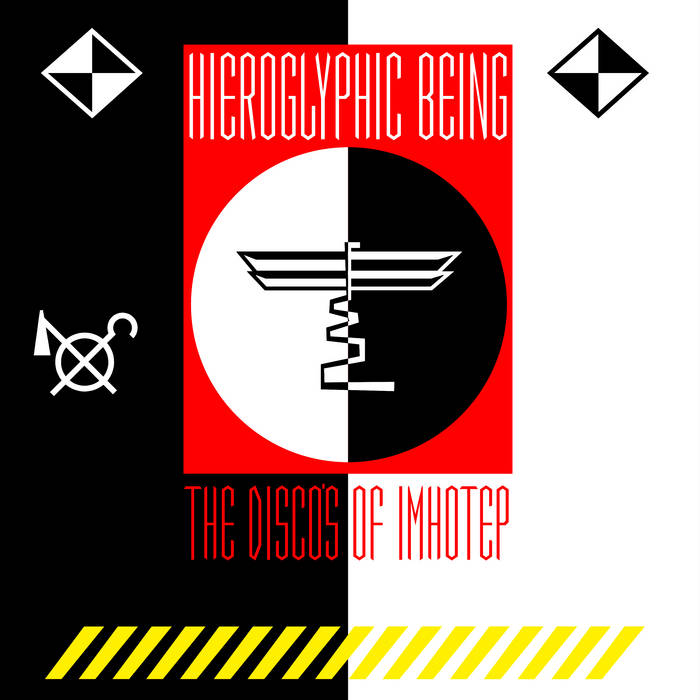 UNLIMITED FREAKOUT IS LOVE. Jamal Moss with the real feel

Massage Brain Cult Thanks for your doing. This music it's so inspirational, also your djsets, big fun of your sound. Favorite track: The Disco's Of Imhotep.

Nic Brown Jamal Moss (aka Hieroglyphic Being) has his finger in the pie if so many different genres it's almost impossible to think of him as a solo artist rather than some freewheeling production collective. His latest album "The Disco's Of Imhotep" finds him splicing just-shy-of industrial techno with something approaching free jazz although Moss himself would probably prefer to term it neo-futurist abstract expressionist or some other improbable appellation. It's no easy listen, that's for sure, but we buy Hieroglyphic Being records to be challenged and perplexed not soothed to sleep and that suits me just fine. Favorite track: Sepulchral Offerings.

Jamal Moss aka Hieroglyphic Being will release his definitive solo album of 2016 – “The Disco’s Of Imhotep” – via Ninja Tune’s Technicolour imprint on 5th August.

He has built a sterling reputation both as a producer and live performer of deep, mesmeric experimental electronics and free jazz rooted in his native Chicago and his relationship with the city’s fertile underground club scene. Inspired by the likes of Ron Trent, DJ Rush (residents at The Reactor where he danced week in week out) and Ron Hardy, Moss was mentored by visionary producers Steve Pointdexter and Adonis, who showed him the drum machines that were the backbone of the Movement and whom encouraged his early forays into music production.

Releasing prolifically on his own Mathematics Recordings imprint and a clutch of other imprints including RVNG Intl. and Soul Jazz / SOTU; collaborating with Marshall Allen of Sun Ra’s Arkestra and Noleian Reusse (as Africans With Mainframes) – Moss has cemented his stature as a unique creative force. He balances his ancient heritage and musical DNA with a passion to experiment, create and channel music as a healing force, which has resulted in his art being tagged “Afrofuturist”. Moss, however, prefers to describe his output as Synth Expressionism / Rhythmic Cubism and would rather be viewed simply as a promoter of Nubian Rights.

Describing “The Disco’s Of Imhotep” he says:

“The Disco's Of Imhotep” is about creating Frequencies and Vibrations for the Listener that are conducive for him or her to Heal The Mind and Body and Enrich the Soul by creating Hemi-Synced Harmonies and music that contains embedded Binaural Beats.

We have been made to believe that electronic sounds are just for Movement, Enlightenment, Primal Afflictions and Entertainment purposes, but it's much more… It's Sound Healing, but the ancestors would call it Frequency Medicine. Medicine is Healing and this project is dedicated to one of Earth's first Healers: High Priest Imhotep.

"The One who comes in Peace, is with Peace."

Ninja Tune set up Technicolour as a singles label. “The Disco’s Of Imhotep” is only the second Technicolour album release in the wake of 12”s by Legowelt, Florian Kupfer, Nathan Melja, NY*AK, Kutmah, BNJMN, U, and the first longplayer on the label by Levantis.